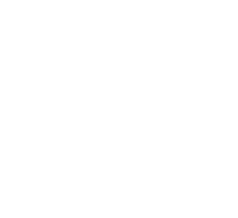 Inflammation: Can It Affect Your Skin?

We hope you had an amazing holiday season with loved ones – and treated yourself to some traditional holiday treats.  But, now it’s the time to get your skin and body back on track.

Over indulging during the long holiday season can lead to inflammation throughout the body, including skin. Here are some simple and easy-to-implement holistic skin care tips to give your skin a little holiday rehab.

In ideal circumstances, inflammation is a good thing. It’s vital part of the immune system’s response to injury and infection. When the body is under assault, it responds by signaling the immune system to heal and repair damaged tissue, as well as defend itself against viruses and bacteria. Without it, infections could become deadly and wounds would linger.

Inflammation can be characterized as acute or chronic.

Acute Inflammation is a short-term response and occurs at the precise place where the problem exists such as a cut on the knee, sprained ankle or sore throat.  It includes redness, swelling, and sometimes heat, pain and loss of function according to the National Library of Medicine. As the body heals, the acute inflammation gradually subsides.

Chronic Inflammation is much different than acute inflammation.  It can have long-term and whole-body effects.  It’s also called persistent, low-grade inflammation because it produces a steady, low-level of inflammation throughout the body

Low levels of inflammation can be triggered by a perceived internal threat, even when there isn’t a disease to fight or an injury to heal, and sometimes this signals the immune system to respond. As a result, white blood cells swarm but have nothing to do and nowhere to go, and they may eventually start attacking internal organs or other healthy tissues and cells.

Researchers are still working to understand the implications of chronic inflammation on the body and the mechanisms involved in the process, but it’s known to play a role in the development of many diseases such as heart disease, stroke, Alzheimer’s, arthritis, cancers and skin disorders.  And when the inflammation is in the skin, which is the body’s largest organ, it can affect not only your health, but also your looks.

How Inflammation Affects Your Skin

While inflammation is a necessary component for skin to functions properly, too much of it can wreak havoc on your skin and make it take a turn for the worse.

Chronic inflammation results from a sustained immune cell mediated inflammatory response within the skin itself. This inflammation is long lasting and can cause significant and serious tissue destruction. Inflammatory skin conditions affect over 35 million Americans who annually spend over $2 billion to treat their symptoms. (1)

Chronic inflammation is the number-one cause of premature aging from the inside out.  When the skin is constantly living in an inflamed state due to a poor diet and other lifestyle factors, the effects become apparent on the surface of the skin, as well as deep beneath it.

This nonstop cycle of inflammation can show up on the surface as an occasional rash accompanied by skin itching and redness, to chronic conditions such as dermatitis (eczema), rosacea, seborrheic dermatitis, acne, and psoriasis. In dry skin there will eventually be a breakdown of collagen and elastin which will show in fine lines and wrinkles.  With rosacea, you will see inflammatory papules and pustules and an overall redness to the skin.

Besides looking for clues in the blood, a person’s diet is the leading contributor to chronic inflammation so it’s important to maintain a healthy lifestyle to keep inflammation in check.

Foods That Cause Inflammation

The Leaky Gut Theory of Why Animal Products Cause Inflammation

How To Get More Plants In Your Diet

There’s no question that plant-based diets are on the rise: Between 2000 and 2017, dairy consumption fell 24%. And market research firm Mintel reports that plant “milk” sales (such as almond, coconut, and oat milks) rose more than 60% between 2012 and 2017. Thirty-six percent of consumers and 60% of millennial’s buy plant-based “meats.” And two-thirds of Americans surveyed say they have reduced their meat consumption in at least one category over the previous three years—mostly red and processed meat. (2)

There are many reasons for a shift toward plant-based eating. Whole-food, plant-based diets are associated with lower body weight and a reduced risk of several chronic conditions, including heart disease, the nation’s top killer of both men and women, as well as cancer, type 2 diabetes, high blood pressure, and cognitive decline.

One of the most powerful steps you can take to improve your health, boost energy levels, prevent chronic diseases, including skin disorders is to move to a plant-based diet. If you’ve been thinking about moving to a plant-based diet, but don’t know where to start, then consider this:

Prescription medications are not your only option in treating skin disorders.  Here are our customers top picks:

[]
×
CONGRATULATIONS! You've unlocked a special offer. Would you like to receive FREE SAMPLES (valued at $15) with your order?